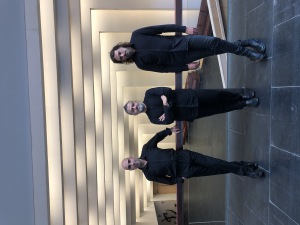 Created in 2014, Feedback Trio is a unique formation that get together musicians with a long acting career in the field of contemporary music.

Of variable geometry, it emerges being aware of its textural and timbral possibilities with the intention of developing them through interaction with young talents, consolidated composers or artistic creations that interact with electronics, dance, scenography or new technologies.

Feedback Trio pursues a thematic and aesthetic coherence in each of his artistic proposals. 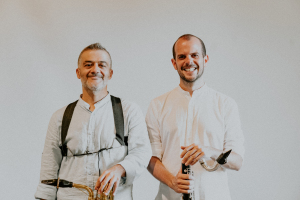 From the Arabic term, Xuqr (Júcar) is the river that separates the birth towns of the two musicians –Potries and Sueca– giving name to the duo.

Both consider it essential that contemporary music is part of the artistic proposals within today’s society, and for this reason, all Xuqr2 programs are designed entirely to bring together, explain and attract all types of public to new creations, establishing in a natural way bridges and links between society, classical music and newly created art.

The performers of Xuqr2, with a long performative career, have participated in festivals and concerts all over the world such as Germany, France, Spain, United Kingdom, Finland, Sweden, Italy, Belgium, Switzerland, Brazil, Chile and a long etc. participating in various groups and ensembles, as soloists and with national and international orchestras.

With special emphasis on the creation of a new repertoire for the formation, they have carried out the 1st Rodamusic Residence (Potries 2021) awakening great interest in the compositional world, to which proposals came from all over the world, being selected the Korean composer Jinwook Jung.

Noways, Xuqr2 prepares various commissions to current composers with whom they work in the form of a sound search and that will give meaning and body to their own repertoire as a group.